Leagues like the AAF and XFL won’t just be fun while they last; the sport will reap the benefits of their efforts for decades. 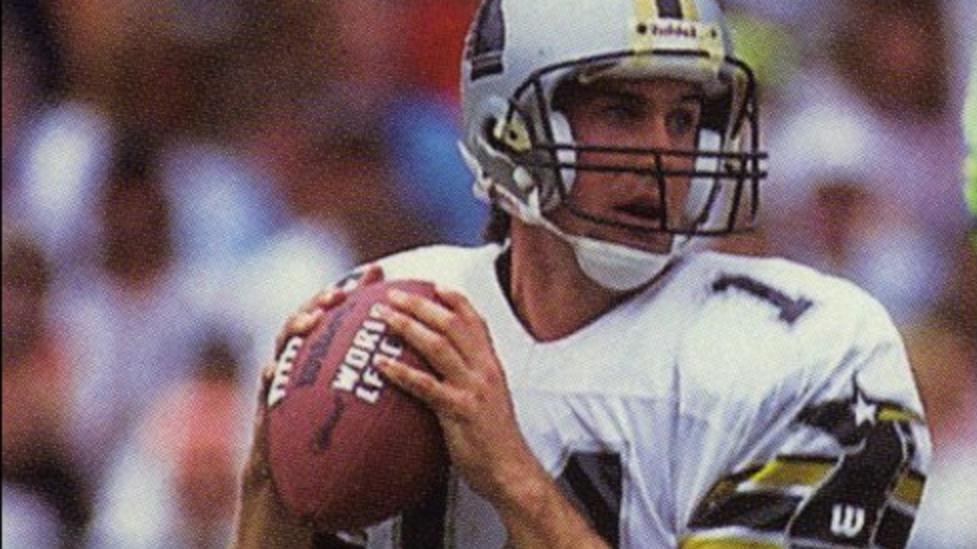 Smart Football’s Chris B. Brown recently shared on Twitter a highlight video of the offense New York/New Jersey Knights of the World League of American Football (1991-1992). The team was coached by Mouse Davis, one of the patron saints of the Run and Shoot offense, and quarterbacked by the current coach of the reinging Super Bowl champions, Doug Pederson.

The video reminded me of another WLAF anecdote, this from S.C. Gwynne’s fantastic book The Perfect Pass: American Genius and the Reinvention of Football, which details the rise of the Hal Mumme, Mike Leach, and the Air Raid offense. Mumme was the head coach of NAIA’s Iowa Wesleyan with Leach as his assistant, and the two spent the 1991 offseason picking the brains of other coaches around the country. The road trip included a stop to see CFL legend and coach of the brand-new Orlando Thunder Don Matthews, known to fans as simple “The Don.”

“What’s your best drill?” [Mumme] asked. He thought that Matthews would give him some sort of exercise for an individual position.

Instead, the Don replied: “Watch the end of practice. That’s when we practice the two-minute offense. We call it Bandit.”

… it turned out to be a brilliant exercise in high-speed football. The ball would be placed at the offensive team’s 30-yard line, and then the offense would run a play against the defense. No matter what happened on the play, the otherwise idle punters and kickers would immediately spot the ball 10 yards farther down the field. The offense would run up to the line without huddling and call and run another play. The ball would be instantly spotted again. And so on down the field. The motion on the field was frenetic and nonstop. Offensive players sprinted on and off the field, while defensive players tried desperately to match up with the offensive alignments.

For Hal the drill was like watching those first BYU films: a pure, instantaneous revelation. He had always thought that the most exciting part of NFL football was the two-minute offense. He had watched Bill Walsh’s 49ers win Super Bowls with it. Matthews’ drill was so good not only because it mimicked the frenzied moments of a desperate drive at the end of a game, but because it was so straightforward and easy to coach. The little exercise was, actually, exactly what Hal needed, though not in the way The Don might have anticipated.

… At some point Hal turned to Leach and told him how impressed he had been with the Bandit drill. Leach enthusiastically agreed.

In the hierarchy of non-NFL professional football leagues, the WLAF’s spot generally depends on if you consider it one with its descendant, NFL Europe, which took the field three years after the WLAF suspended operations in 1992. On its own, the WLAF is generally remembered as a poorly-executed effort rushed to market to head off another USFL-type venture.

Yet here we can observe two small ways that the WLAF helped shape today’s modern game.

A common reaction to news of a new football league is to scoff at its chances of survival. The pessimism is well-deserved, obviously, but also a bit unfortunate and short-sighted. Even if a league does fail, it can still have a positive impact for while it lasts. Even if it only lasts one season, that’s still an extra season of football for fans and jobs for players and coaches. That’s better than nothing.

But these anecdotes from the WLAF speak to something greater: more football isn’t just fun while it lasts, it allows the sport itself to grow and improve long after a league settles its final lawsuit. Whether it’s allowing new minds to take on larger responsibilities, introducing new technologies, or exposing the game to new markets, each alternative professional league has made a lasting impact on the game we know today.

To the extent that football really is facing a crossroads, whether it be medically or culturally, the sport is lucky that the AAF and the XFL are arriving on the scene. Whether either league ever proves sustainable, one winner is already guaranteed: football.

More football is good for football.